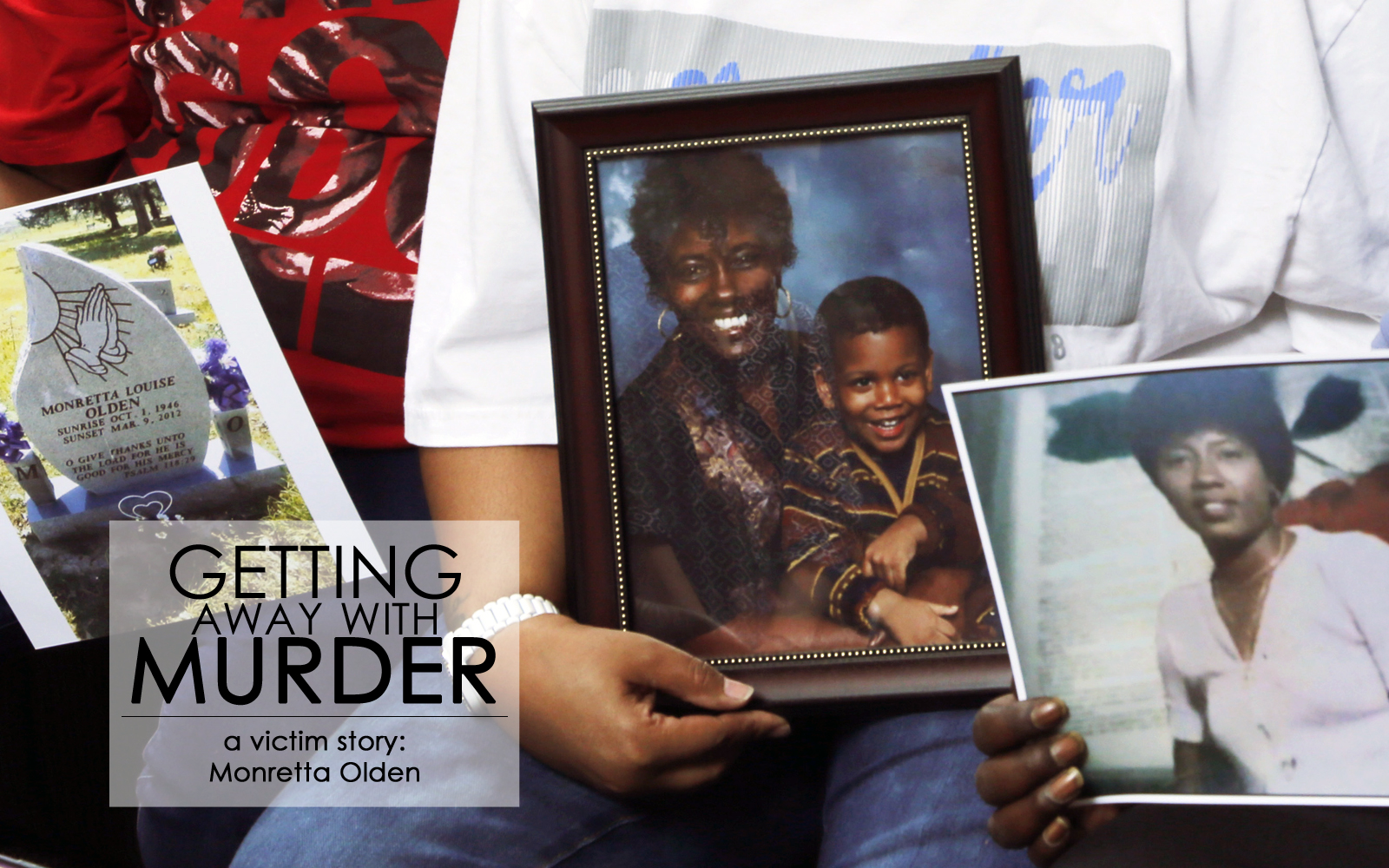 It's been four years since someone shot Monretta Olden to death in her living room, and police say they still don't know who killed her.

But Olden's daughters say they do.

"They say you never get over that," said Patricia Ratcliff, Olden's daughter. "But now I see what people mean when they say that."

In the weeks after Olden, a retired Oklahoma City Public Schools bus driver, was killed, neighbors told her daughters, Ratcliff, Felicia Hayes-McGee and Regina Hayes, who they thought the shooter was. Ratcliff said the family forwarded the name to police, who later determined that the man was in the Oklahoma County jail at the time of the shooting.

Still, Ratcliff said she's convinced the man was somehow involved. So when the family learned earlier this year that the man was killed in a fiery crash in Del City, they were disappointed they'd never get justice.

Hayes said she thinks investigators didn't take her mother's killing as seriously as other homicides because it took place in a low-income, predominantly black neighborhood. Rightly or wrongly, the area has a reputation for violent crime, gang activity and drug sales, Hayes said.

"I feel they think, 'Well, they’re just going to kill themselves anyway. We’re not going to do anything about it. There’s no need of us looking into it,' " Hayes said.

Ratcliff said she knows some of her mother's neighbors were afraid the man or his friends or family would retaliate against them if they gave information to investigators. But now that the man is dead, that fear is gone, she said.

Some of those neighbors have begun calling the family with information they were afraid to tell them before. Even though the man has died, Ratcliff said she hopes some of that information leads investigators to an answer.

"The streets, sometime they don’t lie," Ratcliff said. "It may just be held down a little while until something like that happens and then oh, everybody talks. Everybody talks."