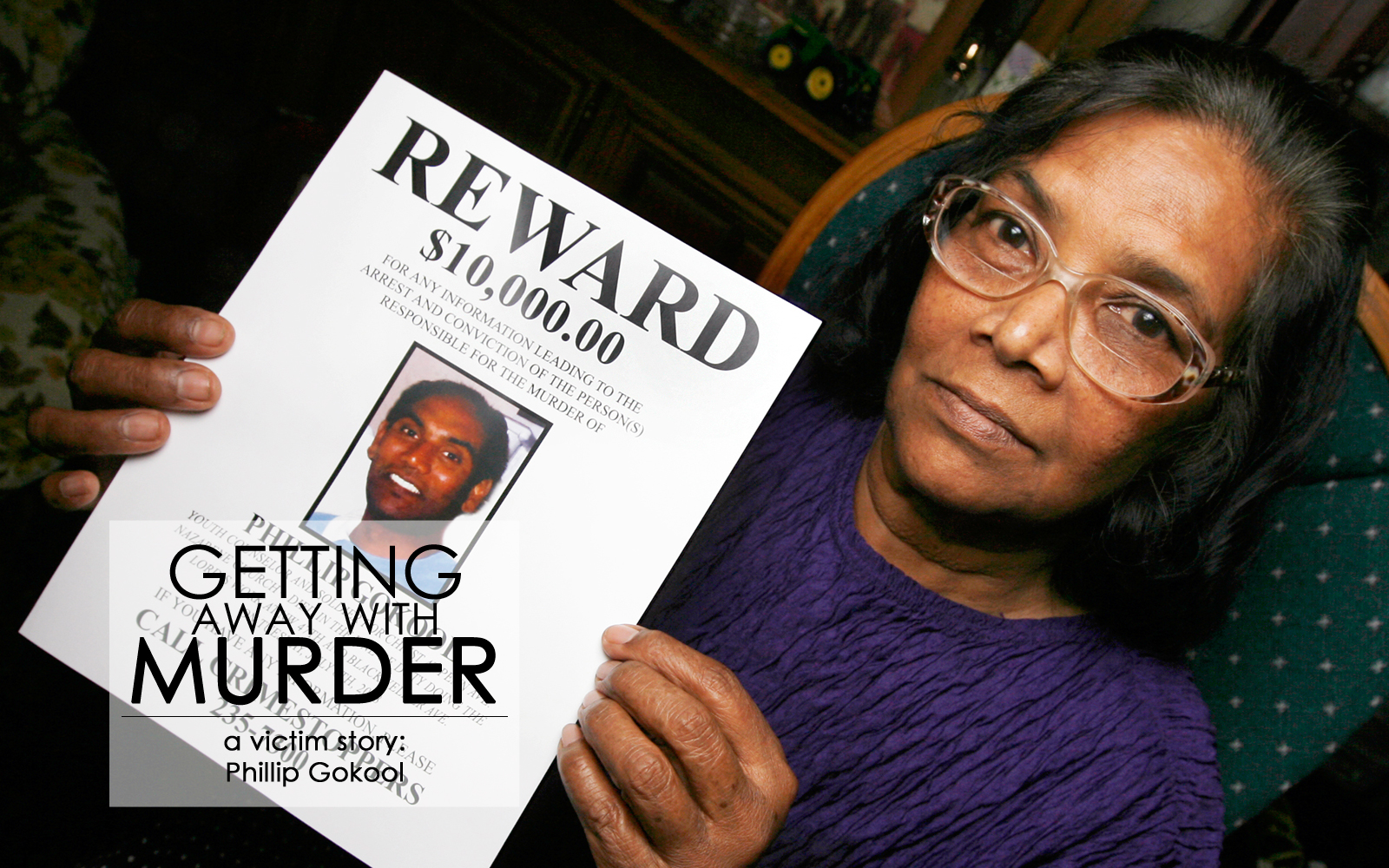 Anytime Susan Gokool thinks about her brother, Phillip, she finds herself wondering if more couldn't have been done.

Maybe a police dog could have picked up a scent from Phillip Gokool's car and led investigators to where his killer hid. Or if officers had sifted through trash bins at a nearby apartment complex, might they have found his car keys?

“I feel like there was more left that could have been done," she said. "Maybe I watch too much 'CSI.' "

Phillip Gokool, then 36, was shot and killed in 2008. Police found his body lying in the front yard of a house near NW 47 and N Blackwelder Avenue. His car was parked in the street nearby, headlights on, keys missing. At the time, police said Gokool was likely shot by someone in the car with him. His killing remains unsolved.

Phillip Gokool, a native of Trinidad, was a regular volunteer at Penn Avenue Church of the Nazarene and OKC Compassion, a nonprofit the church runs to offer assistance to needy residents. He cleaned, worked with young people in the neighborhood and did anything else that came up at the church, which is now known as All Nations Church.

Susan Gokool said her brother's killing shocked the family. For the first few weeks after his death, relatives were nervous, she said. No one knew who had killed him or why. If his killer knew the family, they feared he or she might try to kill other relatives. When the family did television interviews about his death, they made sure to do them out on the street so the video wouldn't offer the killer any clues about where they lived.

"It makes you uneasy," she said. "You look over your shoulder for a while."

Days after the shooting, a police detective met with family members to talk about the case. He told them the only evidence was a handprint on Phillip Gokool's car and an earring police had found inside. The handprint could have come from any number of people, the detective said. Phillip Gokool didn't have pierced ears, his sister said, so the earring may have come from his killer.

But eight years later, investigators are no closer to finding the killer. Family members put out a $10,000 reward for information, but it went nowhere.

The Rev. Richard Bond, director of OKC Compassion, said Phillip Gokool's death left a vacuum in the church. Bond, who was the church's pastor when Gokool died, said he played a vital role in the church and many people in the congregation admired him.

That admiration was on display at Gokool's funeral, Bond said. The service was held on a hot summer day when the church's air conditioning wasn't working well. People flooded into the church sanctuary, filling the main floor and a balcony that's seldom used. Despite the heat, one person after another stood up to talk about what Gokool had meant to them.

"It wasn’t like anybody was tired and wanted to leave," Bond said. "The people really reacted with love and compassion toward his family and tried to comfort them."

Susan Gokool said the family still holds out hope that one day her brother's killing may be solved. Investigators could get some new piece of information, she said, or police could arrest someone whose fingerprints match the hand print found at the scene.

But she said she tries to stay realistic about the chances of that happening. She knows her brother's case is just one of dozens of unsolved homicides on the books.

“We are disappointed," she said. "At the same time, we understand that there are many, many more cases like this."