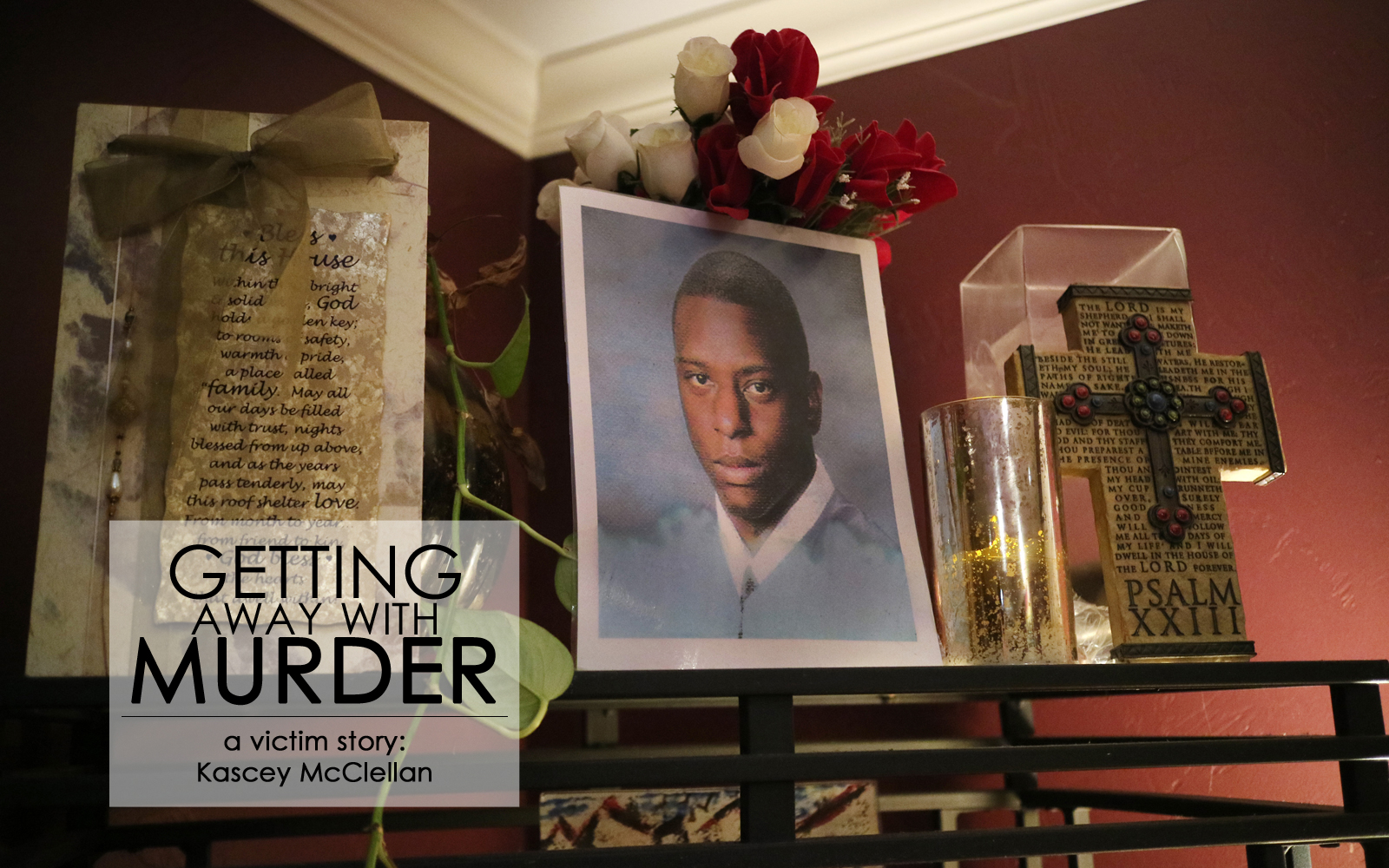 On a shelf in David and Lisa Murphy's living room, next to a cross engraved with the 23rd Psalm, sits a photo of a stone-faced young man in a light blue graduation robe.

The stern expression on his face belies Kascey McClellan's nature, said Lisa Murphy, McClellan's mother. Not a day goes by that Murphy doesn't think about the big, bright smile that was almost always on her son's face.

“Some days are easier than others," she said.

McClellan was shot and killed outside an Oklahoma City night club on the night of February 9, 2008. He was 19 years old. Although police made an arrest in the case in 2010, no one has ever been prosecuted for the killing.

McClellan had graduated from Millwood High School in the spring of 2007. On the night of the shooting, he and his younger brother had gone to a Millwood basketball game. After the game, McClellan took his brother home before going to Club Zax to celebrate a friend’s birthday.

McClellan told his mother that he didn't plan to be out late. McClellan and Murphy planned to meet with a counselor at ITT Technical Institute the next day to begin filling out admissions paperwork. McClellan hoped to enroll in the school's drafting program.

But McClellan would never make it home. He was shot in an altercation outside the club. Witnesses said McClellan had gotten into a fight defending a female friend. He was taken to OU Medical Center, where he died days later.

The investigation went on for more than two years before police arrested Brian Keith “Teen Wolf” Manual on Aug. 3, 2010, on a murder complaint. Manual, 20, had been arrested four times since the shooting, including once on a drug complaint. Manual pleaded guilty in July 2010 to a felony count of possession of cocaine with intent to distribute and received a deferred sentence. He was on probation at the time of his arrest.

But Manual would never go to trial for McClellan’s killing. Prosecutors dropped the case on Feb. 4, 2011, because of problems with witnesses. After six months in jail, Manual was released.

That week, a staffer from the Oklahoma County district attorney’s office called Murphy and asked her to come to the county courthouse. When she got there, a prosecutor told her they were releasing the man they had planned to charge with her son’s murder. A witness who had planned to testify for the prosecution had backed out after receiving threats, she said.

Murphy felt like she was replaying the day her son died over again.

The next year, Manual pleaded guilty to unrelated felony charges of cocaine possession and marijuana possession with intent to distribute. He is incarcerated at Lawton Correctional Facility.

Four years after the murder charges were dropped, Murphy said the case isn’t any further along than it was that day. Detectives have told her to call them if she hears any new information. She doesn’t think it sounds promising.

Murphy said she gets frustrated when she sees news reports about people being charged for violent crimes. She wonders when it will be her turn to get justice for her son.

David Murphy said he’s frustrated that no one who was in the crowd that night has come forward to tell police what happened. He’s sure someone must have recorded the shooting on a cellphone camera. He thinks detectives and prosecutors did all they could with the evidence they had. It just wasn’t enough.

“They did what they could do,” he said. “You’ve got to have a witness.”

Six years after McClellan’s death, Lisa Murphy said she still wakes up every morning thinking about all the milestones she won’t see her son reach. She never got to celebrate his 20th birthday. She never got to see him get married or have children.

McClellan’s brothers and sisters have had a hard time dealing with his death, as well, Murphy said. Her youngest son, Christopher, still leaves the room anytime McClellan’s name comes up, she said.

McClellan’s friends still sometimes drop by the Murphys’ home to talk, David Murphy said. Sometimes they tell stories about McClellan, he said. Other times, they talk about what’s going on in their lives — marriages, new babies and plans for the future. It’s a reminder of where McClellan might be if he were still alive.

“Kascey was their classmate,” he said. “But that’s not going to happen for Kascey.”