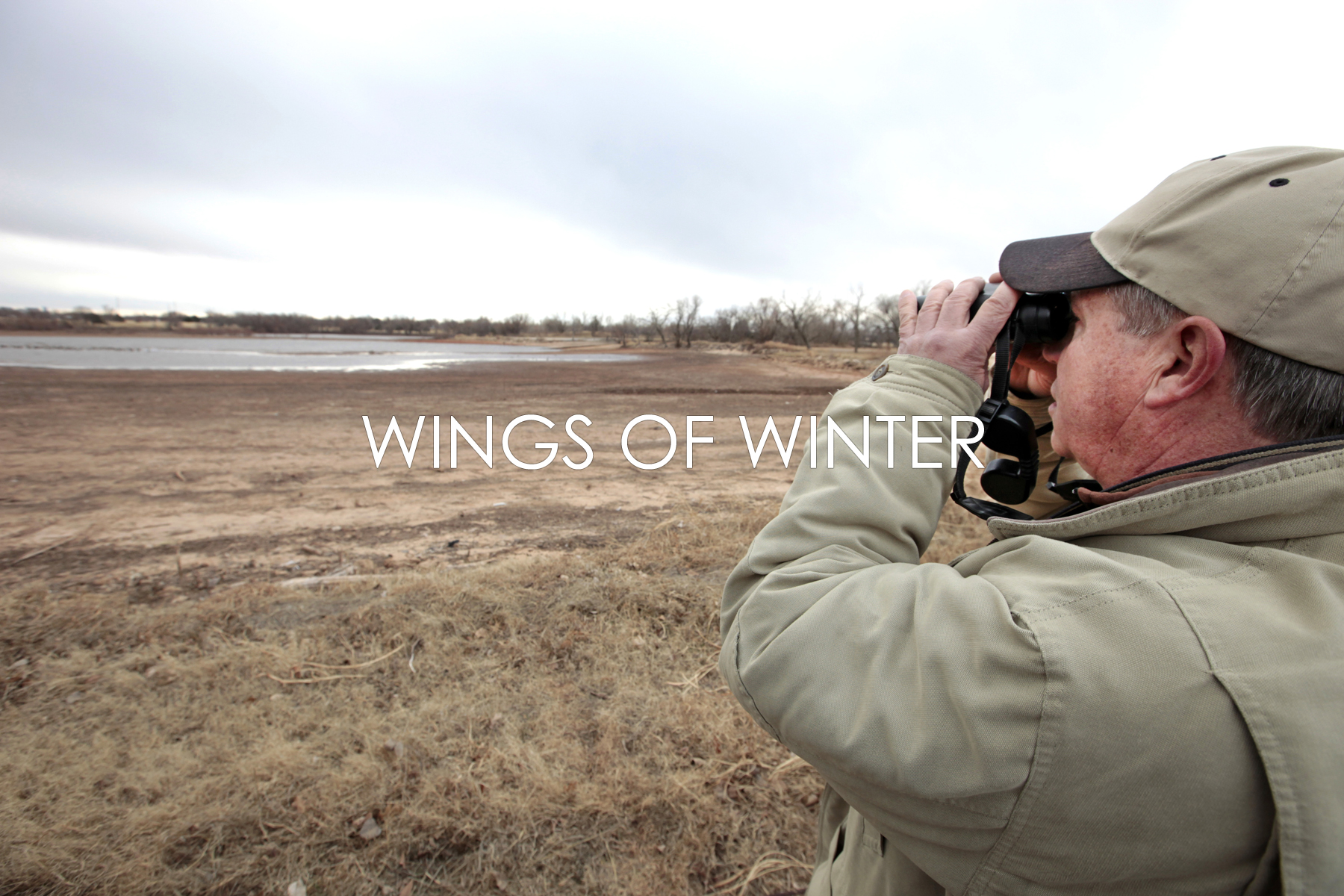 THIS SPECIAL PRESENTATION IS BROUGHT TO YOU BY NEWSOK ADVERTISERS

Abird in the binoculars is worth far more than two in the bush to Bill Diffin.

And on this day, the retired chemical engineer turned bird watcher spotted a particular winged species that isn’t found in the bush at all.

Diffin, 59, rolled down the window of his red Jeep Grand Cherokee he’d parked along a point at Lake Hefner. Looking toward a little island, he suddenly said, “Oh, this is kind of exciting.”

At this stage, no one could convince Diffin, president of the Oklahoma City Audubon Society, that this blustery January morning with a gray canopy and white caps curling across the lake was closing in on the definition of miserable.

Diffin is among Oklahoma’s bird watchers. Some watch the birds that come to their conventional seed feeders or hummingbird feeders, and others go out to destinations such as lakes.

“The winter is one of the best times to bird in Oklahoma,” said Diffin, of Oklahoma City.

While about 190 bird species are found in Oklahoma in the winter, generally 110 are widespread, and about 80 are found in only portions of the state, said Mark Howery, a wildlife diversity biologist with the Oklahoma Department of Wildlife Conservation. 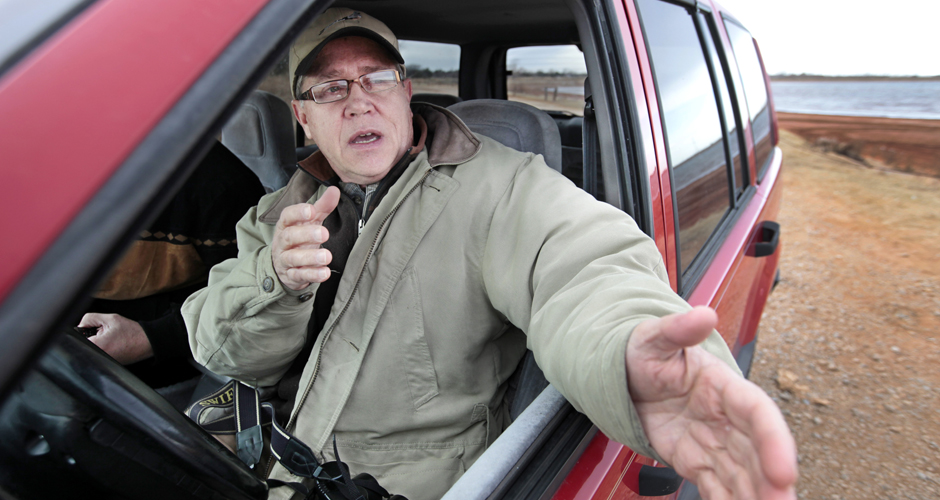 Using a trio of ring-billed gulls as a reference point, Diffin pointed out the source of his excitement.

“The next one, see that white one, a big white gull with a pink bill with a black tip? That’s a glaucous gull. That’s an arctic species that comes down here in the winter in small numbers,” he said.

“We hadn’t had any in a couple of years. But what happened this year is that we had some really cold weather up north, and when the lakes freeze up there, the gulls that normally winter there come down, because they need open water to feed and roost. So we’ve seen them this year,” he said.

“The presence of unusual gulls is encouraged by a low water level, which exposes preferred roosting places and food items like stranded fish and mussels. Partial ice cover also encourages the presence of gulls by providing safe roosting and frozen fish.”

While Diffin likes to venture out to see birds, others prefer home to away. Some birders enjoy both, going out and staying at the house.

The three types of birds most seen at bird feeders in Oklahoma in the winter are the American goldfinch, the dark-eyed junco and the northern cardinal, Howery said.

The leader, the American goldfinch, is often found in flocks of about 10 to 30, he said.

The dark-eyed junco is not found in Oklahoma in the summer, “but the northern cardinal is,” Howery said.

“People from all backgrounds and of all ages enjoy winter birding,” Howery said. “Many families and retired adults feed birds to bring a little bit of nature up close and into their lives. A smaller subset goes birding in the field, often driving to local hot spots like Lake Hefner, Lake Overholser, and Martin Park.”

Diffin, a graduate of the Massachusetts Institute of Technology, retired about 10 years ago and was looking for something that would keep him physically and mentally fit. It was about then that Diffin was walking along Lake Overholser and saw some ducks that were different from any he’d seen before. He went home, researched and found they were ring-necked ducks.

Then he started watching shorebirds and then all kinds of birds.

Although he saw the glaucous gull while sitting in his Jeep, Diffin also walks around to see and listen to various birds. Some birders prefer using a camera; but he generally relies on binoculars.

“Here in the gull season, which is kind of my favorite time of year, I go out three or four times a week,” he said.

Overall, he’s seen 291 species of birds, all but one in Oklahoma. Diffin keeps a checklist and marks off each species he sees.

“There are 473 species on the official Oklahoma list, kept by the Oklahoma Bird Records Committee,” he said. “Four of those are extinct. It’s really considered a tremendous accomplishment to see more than 400.”

But there are those who have done it.

Diffin likes adding birds to his list, but he also enjoys just observing the differing behaviors.

“You have to think fast, because most of the time they’re going from here to there,” he said. “Birding gets you outside, provides you some exercise and develops your thinking skills.

Minutes later, Diffin pulled over alongside the dam at Lake Hefner.

“That’s a common loon,” he said while looking at the lake. “It’s one of five species we have in North America. You’ve got a pretty good chance of seeing four here in Oklahoma. People like to see them.

“We’re kind of spoiled I guess. We get them on Lake Hefner almost every winter. It’s not like that on every lake.”

Then Diffin raised his binoculars and scanned the lake for more birds.