Connecting local experts and business leaders with the NewsOK Audience 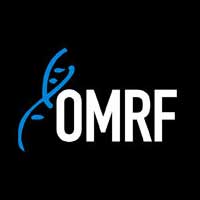 Founded in 1946, the Oklahoma Medical Research Foundation is one of the nation’s oldest and most respected nonprofit biomedical research institutes. Located in Oklahoma City, OMRF fosters a worldwide reputation for excellence by following an innovative cross-disciplinary approach to medical research.

OMRF scientists are dedicated to understanding and developing more effective treatments for human disease, focusing on such critical research areas as heart disease, cancer, lupus and Alzheimer’s disease. OMRF is home to Oklahoma’s only Howard Hughes Medical Institute investigator, and with more than 700 U.S. and international patents, OMRF ranks among the nation’s leaders in patents per scientist.

Breakthroughs in our labs have led to three FDA-approved drugs, including the first for a deadly blood infection that claims 200,000 American lives each year. OMRF also discovered the enzyme believed responsible for Alzheimer’s disease, and a drug born at OMRF was the first licensed under the European Union’s centralized procedure.

Along the way, OMRF has garnered worldwide media attention, from leading scientific publications like The New England Journal of Medicine and Science to The New York Times and The Wall Street Journal. By pushing the boundaries of biomedical science, our researchers are helping to win the war against human disease, one discovery at a time.

Getting to the heart of Alzheimer's

What effect does blood pressure have on an individual’s susceptibility to Alzheimer’s?
Health BrandInsight Mar 4, 2014

When feeling stressed or anxious, try a mini-relaxation exercise. First, close your eyes and take a deep breath. As you exhale, let the word “relax” fill your thoughts. Allow all tension to flow downward, from the muscles of your face and neck, through your arms...

Are calcium supplements smart for your heart?

Should women stop taking calcium supplements because of the potential problem with calcification of the arteries?
Health BrandInsight Feb 18, 2014