The Morning Brew: Boy invents device to save children locked in hot cars

Boy invents device to save children locked in hot cars

A 10-year-old boy from Texas has invented a device to save babies and children from dying in hot cars.

Bishop Curry, from the Dallas area, told reporters he got the idea after a baby named Fern died in his neighborhood after being locked in a hot car. 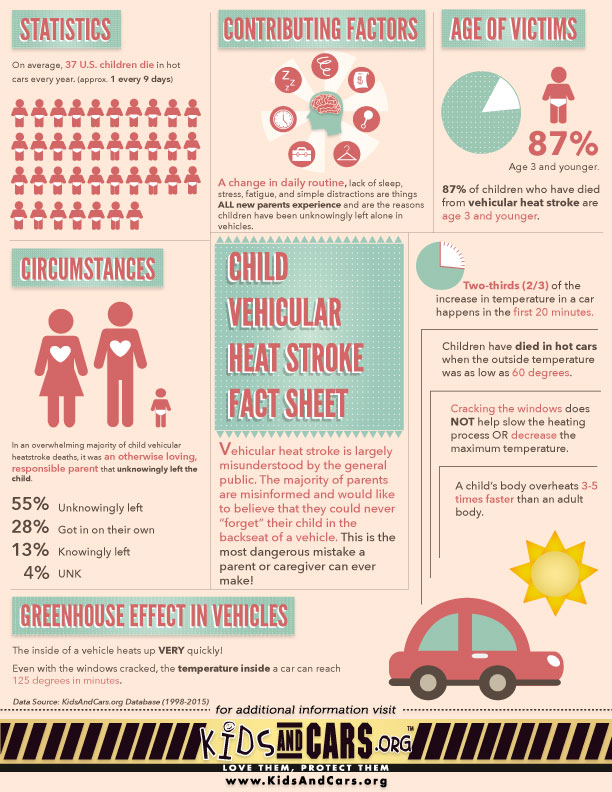 The device is called the Oasis. Read more about how it works:

... Curry said he would spend his summer holidays developing his device — a small box with air ducts that blow cool air when it becomes too hot inside a car and an antenna that alerts parents and emergency services.

Sadly, children left in parked cars die every year. Even on cool days, temperatures can rapidly spike. In 2017, media reports have detailed the deaths of Texas toddler sisters left alone by their mother and a 5-year-old Arkansas boy who had been left in a day-care van.

Oklahoma is one of just 19 states that has made it illegal to leave a child unattended in a car, according to the safety advocacy group KidsandCars.org.

This month, three lawmakers in Congress proposed the Hot Cars Act, which would, which would "would require the U.S. Department of Transportation to issue a final rule requiring cars to be equipped with a system to alert the drive if a passenger remains in the back seat when a car is turned off," according to a June 7 news release from U.S. Tim Ryan of Ohio.

FBI: Man yelled "Allahu akbar" before knifing the officer in the neck, incident being investigated as a terror attack

Officer stabbed in the neck at Michigan airport critical

The unknowable: What happened to Otto Warmbier

This owner-canine hug that melted hearts around the world.

A crying woman exits a transport plane carrying Otto Warmbier, a 22-year-old University of Virginia undergraduate student who was imprisoned in North Korea in March 2016, as he is transferred from his transport aircraft to an ambulance at Lunken regional airport, Tuesday, June 13, 2017, in...

Juliana Keeping is on the enterprise reporting team for The Oklahoman and NewsOK.com. Keeping joined the staff of The Oklahoman in 2012. Prior to that time, she worked in the Chicago media at the SouthtownStar, winning a Peter Lisagor Award... Read more ›