PART ONE The Oklahoma County jail is overcrowded. The criminal justice system is underfunded. County officials are struggling to remedy the situation.

Clothed in an orange jail uniform. Under the watchful eye of detention officers. In a dreary courtroom at the bottom of the 13-story Oklahoma County jail.

Brandi Davis, her dark brown hair threaded with streaks of purple and her arms etched by addiction, sits here 38 days after her arrest. She stole a $24 hoodie from an Oklahoma City department store, to exchange for heroin.

When stopped by security, Davis turned over an empty syringe. Authorities charged her with felony larceny from a retailer. Davis also has a warrant out of Cleveland County for possession of controlled dangerous substances. Because of prior convictions, the 35-year-old Oklahoma City resident faces up to life in prison.

Davis tells a reporter she hasn’t asked family to pay her $400 bail on a $4,000 bond. Instead, she’s praying for a spot in a substance abuse diversion program. It may be her last chance to kick a 15-year-old opioid and heroin habit and reunite with her 10-year-old daughter.

“I need help more than I do prison, so I’m OK with sitting here for a couple months if I have to, to get it,” Davis says.

She is among thousands each year who languish in Oklahoma County’s criminal justice system.

The Oklahoman has spent four months looking into the system which, if not broken, is buckling under the weight of a poorly designed and overcrowded jail, a backlog of court cases and a mountain of felony and misdemeanor filings.

The Oklahoman found a criminal justice system that locks up the poor, often on minor charges and then punishes them for being unable to pay fines and court costs.

It's a system that offers judges little flexibility in setting bail, where agencies do not effectively communicate with each other and where poor data collection hampers the ability of officials to shape public policy based on information about who is in jail and why.

As they await justice, inmates also face paying some of the freight when they leave, through crippling fines and fees piled on as they navigate the system.

The result can be lost jobs, shattered families and broken lives.

On any given day in the county jail sit hundreds of people awaiting charges on low-level offenses, often the community’s poorest who cannot make bail, and those such as Davis, who are seeking a path away from prison and into rehabilitation.

Designed to hold 1,200 when it opened in 1991, the county jail population has swollen to twice that size. The jail costs roughly $35 million a year to operate.

County leaders have considered a new jail, with some estimates placing the cost at $400 million. Renovation is estimated to cost from $250 million to $260 million. But those versed in criminal justice reform say Oklahoma County cannot build its way out of the problem of jail overcrowding.

In 2015, the Greater Oklahoma City Chamber of Commerce convened the Oklahoma County Criminal Justice Task Force, in response to overcrowding and a U.S. Department of Justice investigation into conditions at the jail. Led by Clay Bennett, chairman of the Oklahoma City Thunder, the task force is composed of business community members, law enforcement leaders and officials from the city, county and state.

To examine the issues of jail overcrowding and the criminal justice system, the chamber spent $125,000 on a contract with the New York-based Vera Institute of Justice, a nonprofit research group noted for working with American cities on criminal justice policy.

Vera found roughly 28,300 people entered the jail in 2015. The average daily jail population was 2,581. On June 1, 2015, one-third of inmates had been there six months or longer. Eighty percent were held pretrial, meaning they had not yet been convicted of a crime in their case. 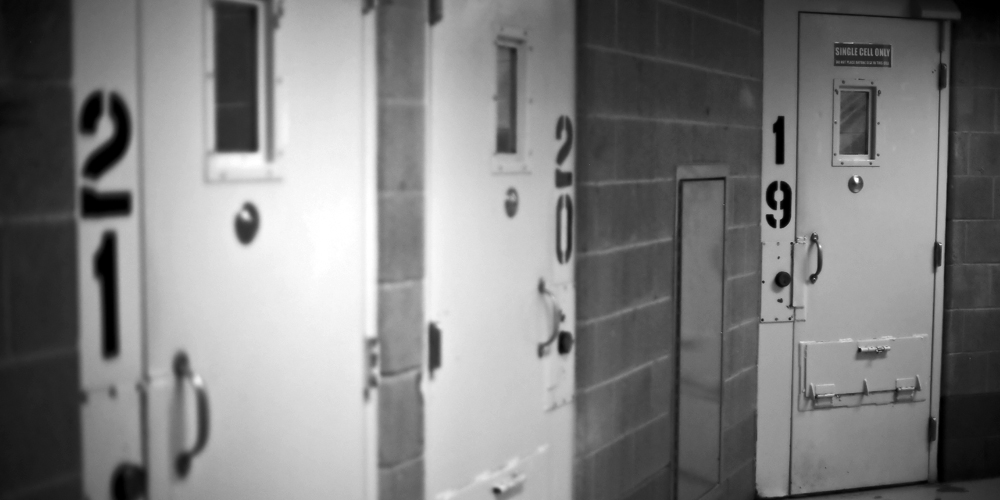 In December 2016, Vera released a 90-page report. Their conclusion: Conditions and overcrowding at the Oklahoma County jail have reached “crisis proportions.”

During one week of jail admissions in 2015, 622 people were booked on 2,035 complaints. Seventy-seven percent were for misdemeanor arrests or lower, such as municipal code violations. Just 5 percent involved crimes against people. Of the 622 people booked into the jail that week, nearly a third faced non-DUI traffic charges.

“They’re in there for about a month, now they’ve missed a rent payment,” says Roy Williams, president and CEO of the Greater Oklahoma City Chamber of Commerce. “And what do you do with your kids, if they’re a single parent? Where do they go? If they’re in jail six months, or a year, if they are married, the spouse is probably thinking about a divorce. So after a certain amount of time, you’ve pretty much destroyed their lives.”

To a certain extent, Oklahoma City Police Chief Bill Citty, a member of the justice reform task force, says he knows that people are staying in jail far too long.

“Not only is it costly, it’s just really unfair,’’ Citty says. “Part of judicial reform should be based on fairness. A person’s rights to a speedy trial.” 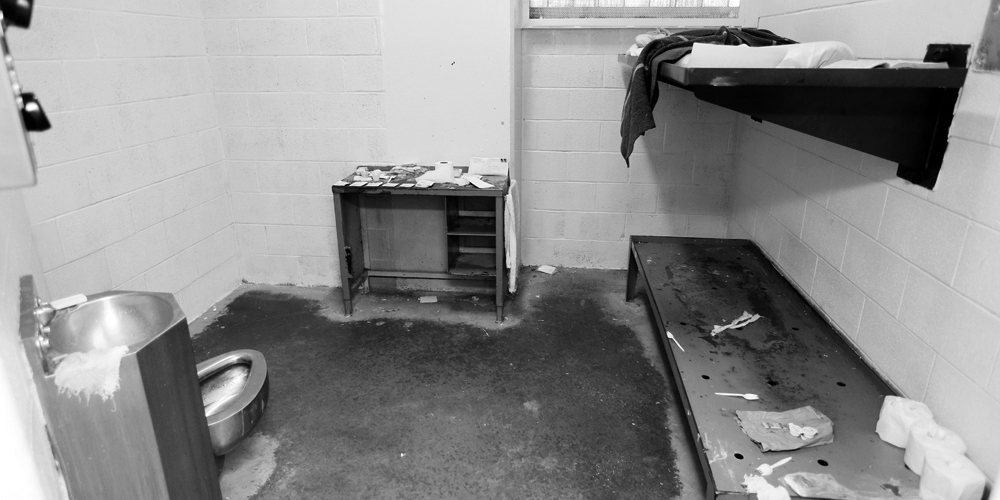 Jail overcrowding is the result of breakdowns in a complicated criminal justice system.

Departments throughout Oklahoma City and the county “do not coordinate or collaborate, and do not share an understanding of how the jail should be used,” the Vera Report says.

“Moreover, the criminal justice agencies have not been collecting, analyzing or sharing the data that would enable them to understand who is in the jail and why, or to make informed, data-driven decisions.”

In the maze of Oklahoma County justice, inmates such as Davis, addicted to drugs with a child on the outside, face delays at every turn. Hours in booking. Days to receive charges. Weeks for a court date. Months to enter community-based treatment programs.

Those who work in the criminal justice system blame an inefficient and overburdened court system, a lack of adequate criminal justice staffing and the inability of poor people to pay 10 percent of a bond as some of the reasons why inmates stay longer, even if they don’t pose a risk to the community.

“They’re not making bond, for a number of reasons,” Interim Sheriff P.D. Taylor says. “It would be to our advantage if every person that can make a bond —  and I’m not talking about crimes where there’s no bond set —  if every person arrested could make bond and get out, that’s a big plus.”

And while many are pushing for community-based alternatives to jail, including addiction and mental health treatment, Vera researchers say the county lacks enough adequate programs.

Citty says people who break the law must be held accountable, but the questions are how and where. Is it efficient, and fair, to hold people in jail for two weeks on a trespassing complaint or for public intoxication? What about those booked into jail because they didn’t pay court costs? They rack up more fees as they await release.

Reforming the criminal justice system, and paying for such changes, is a complicated task that the public may not understand, or have the appetite for.

And strategies that might be beneficial could prove harmful. The conditional bond release program, in which offenders must pay for their own supervision, is one example. The program includes drug tests and meetings with case managers. Costs range  between $40 to $100 per month. Court-ordered GPS monitoring costs $126 per month. Offenders risk a violation if they do not or cannot pay for their community supervision.

In many cases, Citty says, the burden of paying for alternatives to jail falls on those who cannot afford the alternatives. They rack up bills while battling an addiction.

As the system figures out a way to get more people out of the jail, drug users such as Davis, who hope for a treatment program, don’t mind staying behind bars.

Her blue eyes go blank at recollections of leaving jail only to use drugs again the same day. They flicker at times, with a desperate hope dependent on the decisions of strangers in a slow-churning system.

“This is not my home, and I’m not going to make it my home,” Davis says.

But it is her home. The question is, for how long?