Former Oklahoma City bookie Teddy Mitchell is out of federal prison on supervised release and is launching a car dealership in Texas with his brother-in-law, according to court documents.

Mitchell tried unsuccessfully in February to have his supervised sentence for gambling and money laundering charges terminated one year early, but a federal judge denied the request.

No one has ever been charged in the death of Teddy Mitchell's wife, Julie Mitchell, nearly seven years after she was found brutally beaten to death in her Northwest Oklahoma City home.

According to documents filed in federal court, Mitchell now lives in Arlington, Texas, and has stayed out of trouble since being released from prison in February 2016.

"He has had no new contact with law enforcement and has stayed away from any semblance of gambling, the addiction that led to all charges in this case," Mitchell's attorney, Scott Adams, wrote in a motion to terminate Mitchell's sentence early.

Mitchell now owns Kelso Auto Group, LLC and plans to sells cars with his brother in-law, but The company is still in its "infant stages," Adams wrote.

He is also full-time caretaker to his seven-year old daughter, London, and is committed to remaining self-employed in order to better see to her needs, according to the court filing. Mitchell requested early termination of his supervised sentence in order to be able to travel without permission from his probation officer.

"Mr. Mitchell has risen to the challenge of being a single father," Adams wrote. "His singular focus is to ensure a better life for his daughter in all that he does. He is well aware that means ensuring all income he does make comes from a legal source." Mitchell's probation officer supported the request.

An apprentice to legendary Oklahoma bookmaker Pody Poe, Mitchell was sentenced to 27 months in prison in 2014 after pleading guilty to federal gambling and money laundering charges. The Mitchell family once ran an illegal gambling operation for Oklahoma City's affluent out of Teddy and Julie Mitchell's home with high-stakes poker games and catered food.

Julie Mitchell allegedly acted as a card dealer for some of the poker games, where the pot ran as high as $25,000 a hand.

Teddy Mitchell still owns the well-appointed home on NW 150th where Julie Mitchell died, according to property records. The home has been listed for sale for $409,900. 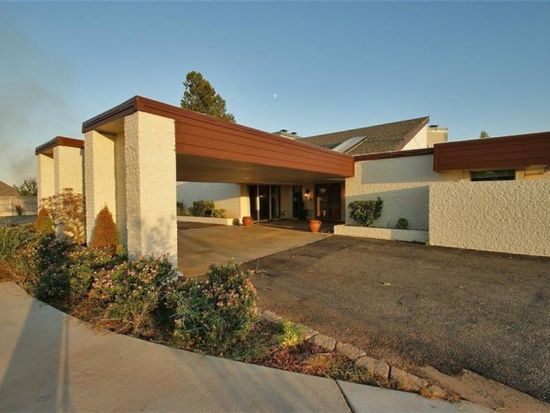