As many people know, Vermont Sen. Bernie Sanders was the underdog in the Democratic primary race.  Sanders went up against one of America’s well-funded, strong, organized and experienced political machines in American history: the Clintons.  He did this and won 47 percent of the pledged delegates.

This was an asymmetric political campaign, and as an underdog you have to campaign differently.  With the lack of funding to hire people to carry out all the work, the campaign made use of an army of volunteers, like myself, and members of our delegation sent to the Democratic National Convention in Philadelphia.

Many of the thousands of Oklahoma volunteers phone banked and knocked on many doors, talking to other Oklahomans and trying to convince them to vote for Sanders. Because of that, he won the Oklahoma primary by 10.5 percent.

Throughout the primary process, the national and state parties, including the Oklahoma Democratic Party, worked against Sanders and his volunteers.  Prior to Super Tuesday, the Oklahoma Democratic party reversed a decision to robocall independent voters, informing them of their ability to vote in the primary, at the urging of Oklahoma’s Hillary Clinton supporters within the party.

The Oklahoma Democratic Party also worked against Sanders by funneling $140,000 to the Hillary Clinton campaign.  The money seems to have influenced super delegates’ votes at the state level, too.  At the convention, we protested to make sure the majority of Oklahoma primary voters' voices were heard by a party that did not want to represent us.

On Tuesday, I headed to the convention for the roll call vote.  We knew prior to going to Philadelphia how the vote would turn out for the nation and Oklahoma, including the super delegates, even though we were told the entire time that two super delegates were uncommitted.  Even though Bernie won the state by a 10.5 percent margin, all of the Oklahoma super delegates except Connie Johnson were going to vote against the Oklahoma voters.

When so many people in our state organized and turned out to vote on March 1, why would the chairman, committee man and woman vote against the will of Oklahoma voters?

Prior to the convention, a banner was made to display the vote while our super delegates voted against us.  We snuck the banner into the convention before a Hillary delegate or member of the Oklahoma Democratic party's staff could see it. 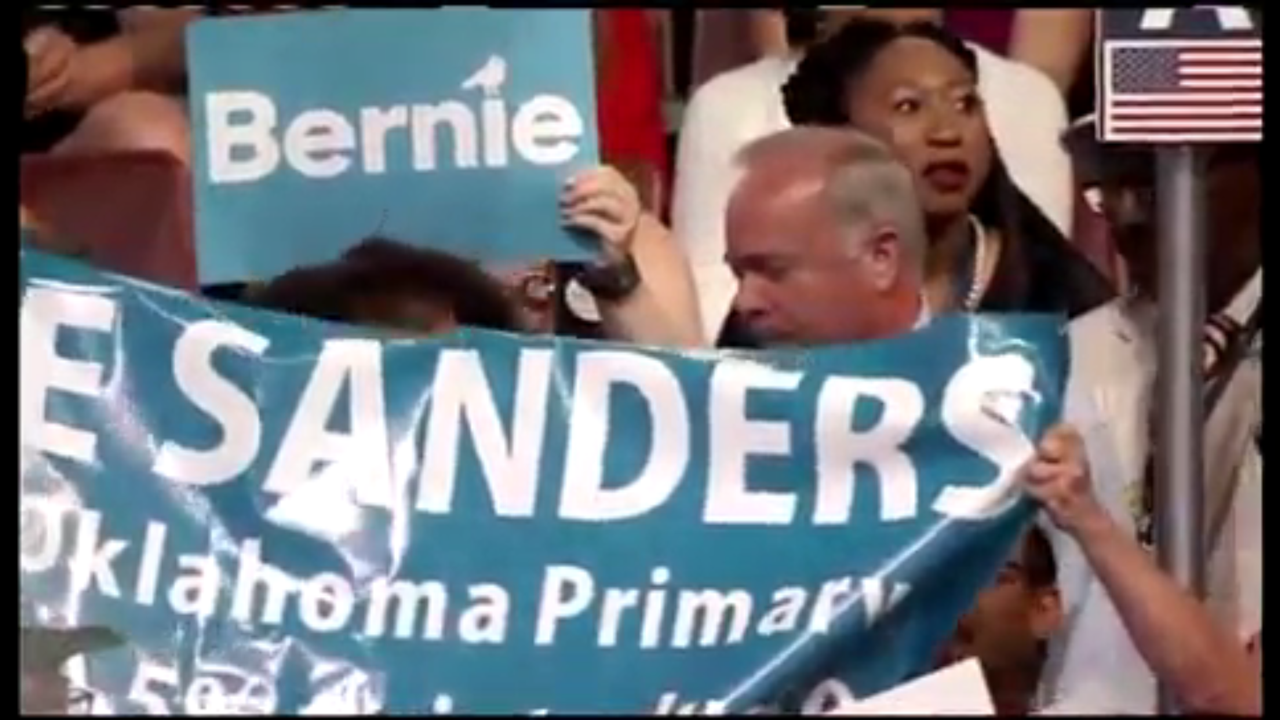 This was just one of the many examples of protests at the convention.  Many state parties haven't reached out to Sanders volunteers after this election, especially in a state like Oklahoma where Sanders won the primary or caucus in their state. Oklahoma’s Democrats need their skills to win other ballot elections.

An expression of the lack of unity between Sanders and Clinton within each state party was what triggered the protests. California was the loudest and Oklahoma sat next to them. We had a front row seat to their efforts.

As a Sanders delegate, I’m proud of every Sanders delegate that protested in some manner no matter how the media, politicians or celebrities portrayed us.  These protest had an effect on Clinton’s speech Thursday night.  It was reported by CNN that the Clinton campaign was rewriting their speech until 2 a.m. Wednesday night before speaking Thursday.  She probably spent all-day Thursday practicing her speech.

This is the effect of speaking out about the issues.

Bill Dower, 34, of Norman, is a first-time Oklahoma delegate, and will be blogging throughout the Democratic National Convention. Check back with NewsOK.com for more posts.

Banner made before the convention. -- Photo via Bill Dower, an Oklahoma delegate attending the Democratic National Convention in Philadelphia.