Kelli O'Hara came home and had them cheering

Kelli O'Hara is no stranger to stages. The Tony Award-winning actress began her collegiate stage career at Oklahoma City University and graduated in 1998. Somewhere between then and now she graduated into a role model for aspiring performers worldwide. On Monday, OCU honored the Elk City native with its highest honor, an honorary doctorate.

OCU produced a thoughtful ceremony, with video that included comments from her cast of "The King and I" and letters written by the likes of Julie Andrews and Harry Connick Jr. 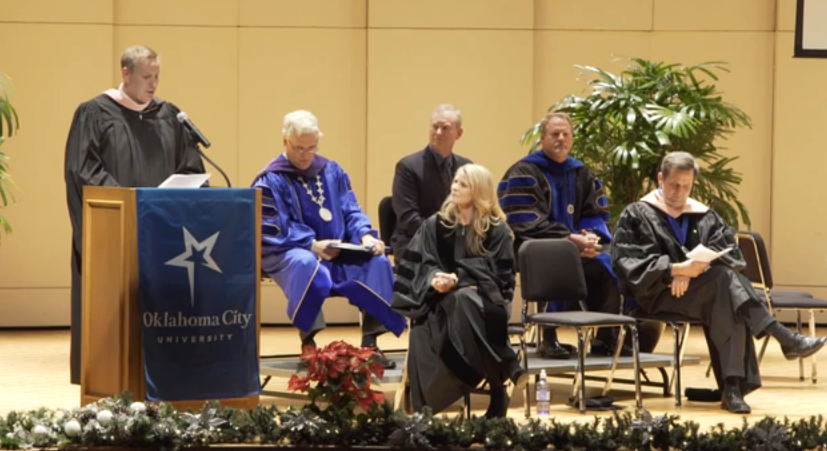 Below is a mix of the ceremony and the backstage interview with O'Hara by The Oklahoman's Brandy McDonnell.

Dave Morris serves as Director of Video at OPUBCO, where he's worked since 1996. Morris spent two years as a sports reporter for The Oklahoman before transitioning to online efforts. He has 15 years of digital management with Oklahoman.com and... Read more ›

CommentsKelli O'Hara came home and had them cheering