It was a wet morning in parts of the Oklahoma City metro Thursday morning. As of 9:15 a.m. Thursday, the Oklahoma Mesonet weather network site in western Oklahoma City had seen 2.65 inches of rain, and the site in Spencer posted 2.5 inches.

But those heavy rains didn’t extend to the southern metro area, where Norman received only about .2 inches of rain.

In drought-stricken southwestern Oklahoma, Mesonet sites in Grandfield and Fort Cobb both measured about an inch of much-needed rain overnight, while northwest Oklahoma and the Panhandle received no rain. 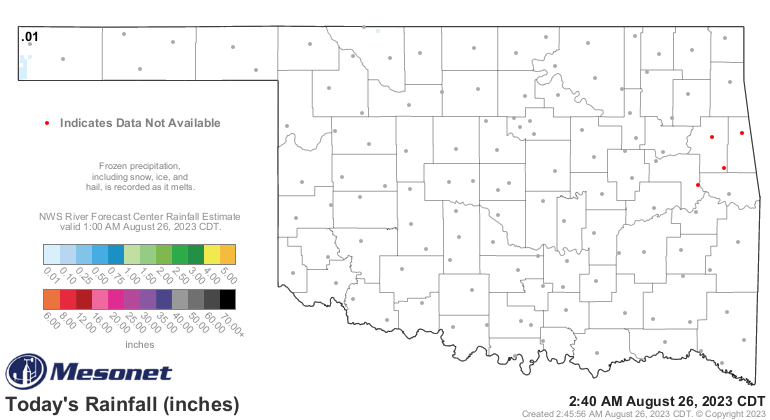 Rain was heaviest overnight in parts of Oklahoma City and Spencer, according to the Oklahoma Mesonet weather network.

Drought conditions worsened across Oklahoma over the past week, according to a report from the U.S. Drought Monitor released Thursday. The report is based on data collected Tuesday, so it doesn’t take Thursday morning’s showers into account.

Drought conditions continue to worsen in western Oklahoma, leading to dust storms and creating a difficult situation for farmers and ranchers.

Silas Allen is a news reporter for The Oklahoman. He is a Missouri native and a 2008 graduate of the University of Missouri. Read more ›