Even though the ratings didn’t surpass the Season 1 finale, which brought in 2.3 million viewers, several news outlets have reported that it appears to have grown in the ratings.

Huffington Post reports “The Newsroom” held about half of its lead-in’s audience: “True Blood” boasted 4.5 million viewers on Sunday night, making it the series’ most-watched episode of the season.

More good news for “The Newsroom” is that reviews have definitely improved.

“If you watched the Season 2 premiere of HBO’s ‘The Newsroom’ on Sunday night, you may have noticed a difference. The show was pretty great,” The Daily Beast wrote.

The site raved about the next three episodes, saying they are “even better” than the premiere.

It also applauded creator Aaron Sorkin for making the process of journalism front and center.

All of this is a good sign for the series, which received a lot of criticism early on in Season 1. 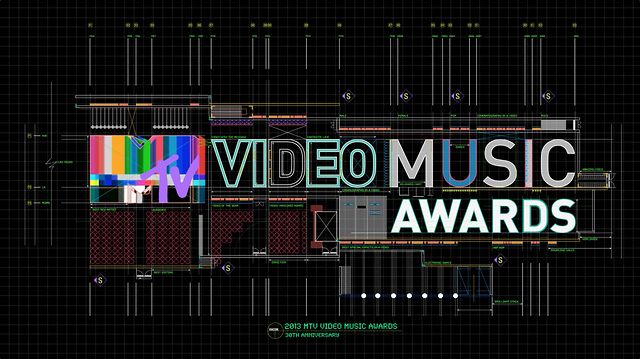 Next, MTV has announced that it will use Instagram Video and Vine to reveal nominees and contenders ahead of this year’s MTV Video Music Awards.

The company is expected to release the first video post at 8 a.m. Wednesday, giving the VMAs the distinction as the first award show to use social media to announce nominations.

MTV was the first brand to reach 1 million followers on Instagram in 2012. It now has 1.37 million Instagram followers and 117,000 Vine followers, according to Mashable.

It’ll be interesting to see what the company comes up with.

Visit NBCNews.com for breaking news, world news, and news about the economy

Finally, “The Today Show” has taken some interest in author Gemini Adams’ book “The Facebook Diet,” which uses 50 illustrations to depict people who are addicted to social media and offers suggestions on how to kick the habit.

“Today” hosts Savannah Guthrie and Hoda Kotb are considered Twitter addicts. The two said they usually tweet several times during the show and are constantly reading through their timeline.

To help them kick their habit, Adams’ recommended a 24-hour detox. Guthrie said she could go a week without tweeting.

Turns out, she was wrong. Guthrie made it an hour, and Kotb only held out for two.

Nice try, but it isn’t so easy to give up, especially when everyone in your life is using it.

Even though social media addiction isn’t recognized by the Centers for Disease Control and Prevention, there’s no disputing that it can consume someone’s life.

A recent study found that people are more attached to their smartphones than ever before, using them sometimes in the shower and even during sex. Yes, the latter is pretty disturbing.

As a journalist, I sometimes feel like I have to be plugged in at all times. It becomes overwhelming and exhausting at times.

My advice: Try to remember that there is a world outside of social media, but also recognize its importance within your community.

Don’t get me wrong, I love social media, but sometimes you have to turn it off. If you don’t, you might miss out on other things life has to offer.