An abandoned pool at 900 N Klein has likely been out of use since the building was converted from a school in 1955.

James Burkey, the chief operating officer for Oklahoma City Public Schools, described the district’s headquarters at 900 N Klein as “way past the point of no return.”

The very last of the projects under the capital improvement sales tax and bond issue known as MAPS for Kids is for the district to remodel or relocate its headquarters.

Voters in 2001 approved the MAPS for Kids projects including $3.31 million for the renovation or new construction of an 81,000 square foot building.

“I continue to have concerns about there not being enough money to fund the project fully,” Board Member Phil Horning said.

Horning and Superintendent Karl Springer both mentioned the possibility of merging the administration building project with the construction of a downtown elementary school to save money and pool resources.

900 N Klein is in a serious state of disrepair. A meeting last month was interrupted with flying sparks from an light outlet and Board Member Gail Vines bemoaned the fact that the “roof caved in” on her.

However, there might be some aspects of the building worth salvaging.

Burkey said the now hidden balcony above the school board auditorium has “dynamite crown molding … that people would probably die for.” 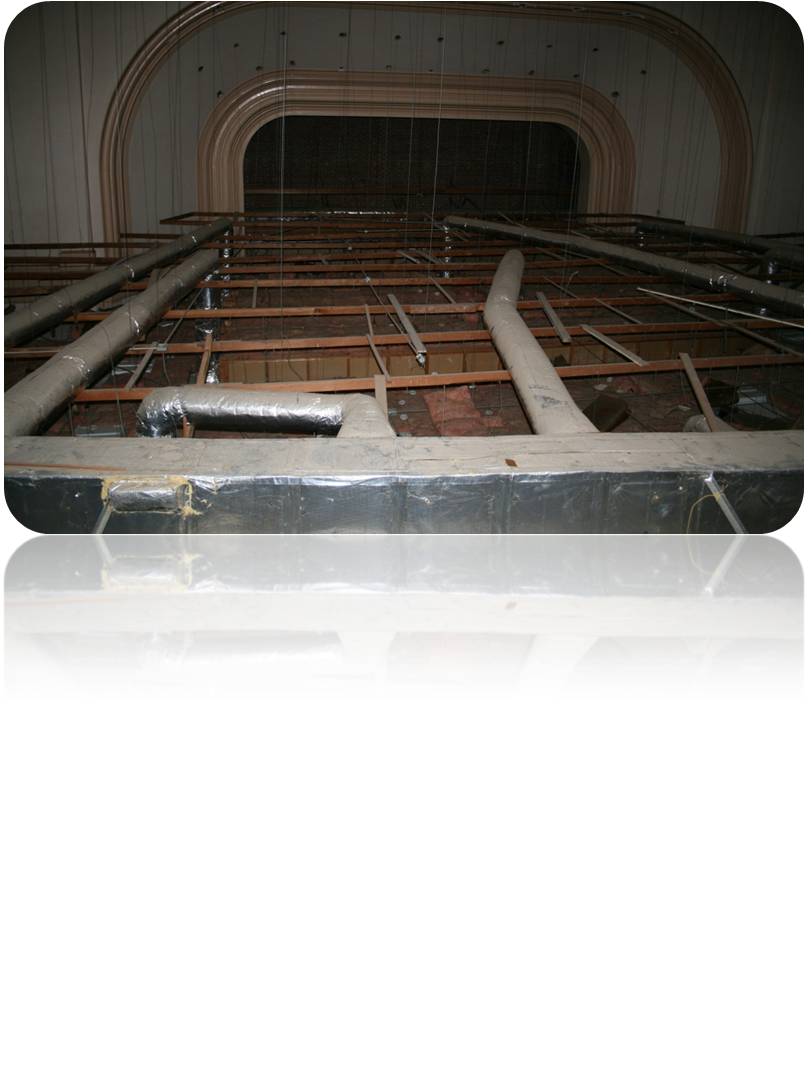