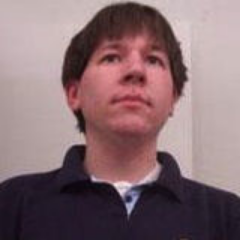 This past week, Reuters’ deputy social media editor was indicted for allegedly helping Anonymous hack a Tribune Co. website in 2010.

The federal indictment was filed on Thursday and identified Matthew Keys, 26, as a former web producer at KTXL Fox 40, a Sacramento-based television station that is owned by the Tribune Company.

He is accused of providing a user name and password to hackers associated with Anonymous to hack The Los Angeles Times’ website after he was terminated from the Fox station in October 2010.

I am fine. I found out the same way most of you did: From Twitter. Tonight I’m going to take a break. Tomorrow, business as usual.

According to the indictment, Keys identified himself on an Internet chat forum as a former Tribune Company employee and provided hackers with access to the company’s server.

After providing the login credentials, Keys allegedly encouraged Anonymous members to disrupt the website. Changes ultimately appeared on a LA Times web story, according to the indictment.

Prosecutors say Keys could face up to 25 years in prison, if convicted. His attorneys claim that he was acting as an “undercover” journalist.

In other news, Google announced last week that it will shut down Google Reader on July 1, 2013.

I wrote a story on NewsOK Thursday about some alternatives to the feed service. Another option to consider is Feedly, which reportedly has picked up more than 500,000 Google Reader users since the announcement.

As for Twitter, users have spent the last few weeks mourning the death of TweetDeck with a trending hashtag, #RIPTweetDeck.

But the Hootsuite rival isn’t dead. In fact, Huffington Post’s Craig Kanalley reports that it’s far from it.

The rumor mill of its death began after Twitter announced that it would be shutting down its TweetDeck applications for iPhone, Android and Air TweetDeck.

Instead of focusing on mobile, the company plans to focus on “modern, web-based versions of TweetDeck, according to the company’s blog.

The update allows content filters for TweetDeck columns, which can be turned on or off.

You can now restrict tweets and receive sound or pop-up alerts if your filtered column returns a result, Kanalley reports.

As a new TweetDeck user, I’m already impressed with these features. And much like Facebook’s new feed, TweetDeck is now allowing users to “personalize” their timelines.

Plus, I don’t think it’s a bad decision to step away from mobile. Twitter is already dominating that market with its app, photo filter updates and recent video sharing service, Vine.

So don’t worry Twitter followers, TweetDeck will live on!

Deadspin reports that the ESPN columnist was suspended from Twitter for a few days after he criticized the network’s controversial “First Take” show.

Here’s a look at the two tweets that reportedly got him into trouble with the network:

I am not defending this segment – youtu.be/j6x-O3kb1sI – I thought it was awful and embarrassing to everyone involved. Seriously.

But what bothers me about the reaction to that segment is people saying Richard Sherman “won.” Nobody won. Everyone lost. Including ESPN.

To round up this week’s column, I wanted to mention the buzz around Facebook possibly incorporating hashtags into its service to group conversations.

The Wall Street Journal reports that it’s “unclear how far along Facebook’s work on the hashtag is and the feature isn’t likely to be introduced imminently.”

By adding these tags, Facebook could become an even bigger rival to Twitter. Sure, the two compete for advertising and mobile use, but they still have significantly different platforms.

If Facebook were to incorporate these, it would allow users to provide more content with the public and keep them on the site for longer periods of time.

What do you think about Facebook adding hashtags? Do you hate or love them? Share your thoughts on this in the comments below.