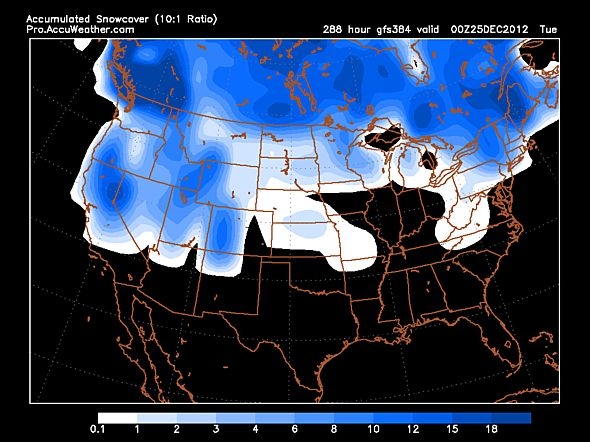 Are you dreaming of a white Christmas? If so, you might be in luck.

Forecasters say a large winter storm could hit Oklahoma and Texas on Christmas night. Some areas could even experience blizzard conditions, according to the National Weather Service.

A rapidly evolving upper storm system will move into the Rockies early next week near Christmas Eve. The storm then appears it will move across portions of Kansas, Oklahoma and Texas late Christmas Night through Wednesday.

There have only been 11 days in which a trace or more of snow fell on Christmas in Oklahoma City.

In 1983, Oklahoma City had the coldest Christmas on record when the temperature fell to minus 1 degree. On Christmas Eve in 2009, a blizzard warning was issued for Oklahoma and blanketed the state with 1 to 14 inches of snow. Travel became nearly impossible that Christmas, and hundreds of vehicles were left stranded on roads.

Weather blogger Bryan Painter reports the storm we might see this year could delay travel plans on and after Christmas.

Watch a winter weather Google+ hangout below for more information on snow predictions and travel safety.

Are you going to cancel your travel plans because of the winter storm prediction? How will you spend the holiday? Share your thoughts below.